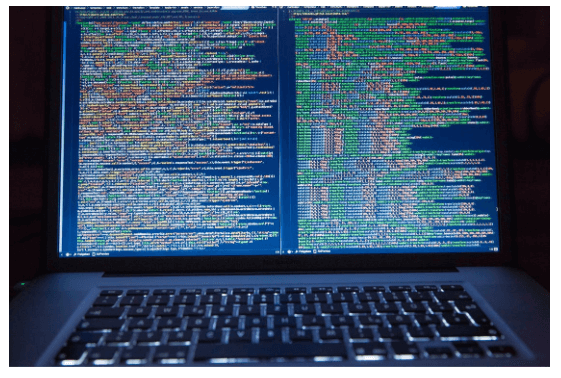 JavaScript is widely used across the internet through backends and browsers. It’s a system that relies heavily on 3rd-party libraries, which means that it can leave your code more vulnerable to attacks. As a result, developers and security teams must be aware of these risks to minimize security risks.

There are several ways you can approach improving your JavaScript security. This post covers some of the best ways that you can keep your JavaScript applications safe from vulnerabilities and attacks.

NPM audits are commonly used by developers to discover security risks among all components that have been installed. These audits can be incredibly helpful for enabling developers to gain a better understanding of vulnerabilities as they’re provided with reports. In addition to this, fixes for vulnerabilities are also offered.

Automating the process allows developers to be notified of security risks so that they can prioritize them quickly and start fixing them from the most severe to the least severe.

A great way to prevent vulnerabilities from slipping through the cracks is to use NPM vulnerability tests within a CI for every request that’s being pulled. Having said that, there may still be security risks that go under the radar and will require developers to manually look through and find solutions.

Developers shouldn’t take client validations as they are due to how cybercriminals can alter them more easily. Validations that are used for all inputs can cause issues among JavaScript injections to be left out.

Read More:  How to Design Furniture

This can be checked and changed by developers by using their consoles to make edits or completely change the JavaScript code if they believe that it has been tampered with.

When hackers are attempting to gain entry to a system, they will first need to gain a good understanding of your code. So, if your code is easily readable, you’re only making it easier for cybercriminals to understand it and have an easier time penetrating your system.

Minifying Javascript code is common practice among developers. It makes it more difficult for hackers to read which means that the attack surface can be greatly reduced. Some organizations take things a step further by keeping JavaScript code completely hidden from clients and only keeping it on their servers.

This prevents your code from ever being exposed to browsers for attackers to find and exploit. In addition to this, developers are making it common practice to encrypt all of their data on both their servers and their clients’ servers.

As a result, hackers have a more difficult time attempting to access and read code. This is an effective security measure due to how encryption makes it difficult for hackers to gain any use from your code, even if they gain access to it.

Integrity checks and script tags used when importing 3rd-party components can leave your code more open to vulnerabilities. This is especially the case if developers are unaware of whether the elements they’re using have been altered by hackers.

If left unchecked, 3rd-party components that are used within your code could leave the rest of your code vulnerable to attacks. An effective way to combat this issue is to use integrity.

Using integrity attributes within your JavaScript code provides browsers with the ability to examine the script and provide you with details about whether the code has been altered in any way. If so, you know that it’s likely to come with security risks that could impact the rest of your code.

One of the common ways that developers can minimize attack surfaces from unsafe code is by having strict mode enabled. It prevents developers from writing code that contains errors or vulnerabilities. It’s a feature that’s easy to implement within JavaScript files.

When you have strict mode turned on, you’re provided with notifications on errors within code that were always there but weren’t known. This enables developers to go through their code and make edits to ensure that it’s secure.

Strict mode being on also provides developers with error alerts if they’re performing actions that are considered to be potentially harmful to the code. In addition to this, strict mode can help remediate errors within code to ensure that JavaScript engines can perform better when it comes to optimization.

Developers can use linters to gain information about errors within codebases as well as details on the overall quality of the code that has been written. Linters analyze codebase in a static environment and give developers a good idea about how secure their code is.

Using linting tools can help developers discover areas that require improvement. The better code they write, the more secure it will be. Reports can be provided that include details on whether there are security vulnerabilities within the code which is useful for helping developers fix problems before moving on.

RASP (Runtime Application Self Protection) is a superb tool that provides developers with details on attacks that are happening to applications. These details are provided in real-time which allows developers and security teams to work quickly to identify security risks within JavaScript code and fix them.

This technology works by analyzing the app independently, as well as the entire system that it’s working within. This is excellent for giving developers accurate reports about whether their code is under attack from cybercriminals.

One of the biggest benefits of using RASP systems is that they work with an automated system. Therefore, minimal intervention from developers is required which makes it an efficient tool that organizations can use to protect against cyber attacks.

JavaScript code can be vulnerable to attacks. Developers and security teams must understand these risks. Once they have a good understanding of the risks involved, they can put some of the security methods mentioned in this post to good use to protect their code from being exposed to cybercriminals.

We hope that the details found throughout our post have been useful in helping you to feel more confident about some of the ways you can keep your JavaScript code secure.

Furthermore, if you follow any other practices, please do mention them in the comments below. Thanks for reading!

Contractor Website Design Service | How to Find a Reliable Company

How to Design Furniture

What Are the Major Roles of Social Media in Knowledge Creation?