It’s incredible how far the gaming business has progressed in terms of creating games for a living. For a long time, the concept of creating a development team in order to make a successful game without the help of a publisher was unheard of. Games, on the other hand, are becoming more popular these days.

If you’re a budding game developer, you probably have an idea for a fun game that you’d want to make a reality. Of course, you probably don’t have all of the necessary skills or time to create this game on your own. It is at this time that you should consider forming your own small development team, as some of the most successful game company founders have done.

How to define your goal in the industry

If you are planning to start working in game development and create your own development team, you should first decide on a goal.

Why making games alone is a bad idea

The market is quite competitive, and the games themselves are a complex product: art is very different from programming, and programming is from animation, and so on. One person will not be able to do everything well, and at best, the game will have one or two spheres, executed flawlessly, and everything else will be mediocre. Yes, there are examples of successful games like Undertale, but making games is very risky, so it’s better not to do it alone.

And in any big business, you have employees, associates and subordinates – those on whom you can assign work and responsibility for making decisions. And this synergy creates a new result that is bigger and better than the one you could achieve yourself.

Where to start your journey in the industry 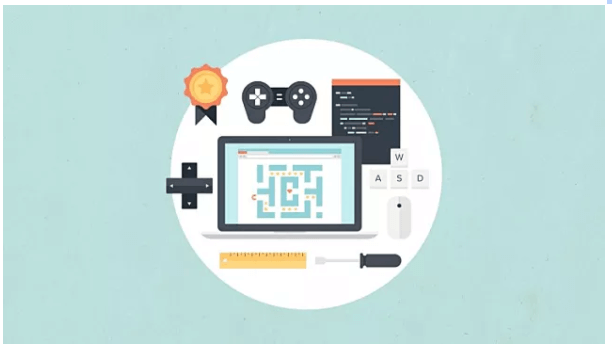 There are two options: either you collect people, or you join another project. In the first case, a great responsibility falls on you – this is your idea, you should be most motivated, you should be looking for people and project management. Also, you will be engaged in various secondary tasks that you do not even think about. But the plus of this is that you don’t have to be some kind of super expert in any area, because you have built a team around you.

If you are planning to join someone, then you must defeat your competitors who are also applying for this position. Also, you will have less influence on the game, although it depends on the team.

Read More:  How to say no to a customer: why not choose a toxic customer

This is the algorithm you can use when recruiting a team – look for people on special services, such as UpWork or TopTal, and also use contacts, if any. So you collect a pool of people, let’s say 70 artists. Next, choose several, for example, three, give a test task and stop at one.

For example, your team has one programmer, one animator. There is also a game writer who also helps you with game design. There is an artist, composer and sound designer. And then there is a person who helps with the UI. The work of each team member is paid.

Hiring the right person is much more important for a small game studio than for a large company. Large projects are initially done so that people are replaceable. Small teams have few people and few resources, so we want to be very efficient due to some limitations. One of them is that it is highly undesirable for people to leave. Let’s say there is an artist with a cool visual style that suits the game. And if he leaves the team, then he will have to look for another artist who should work just as well in this style. The situation is similar with programmers.

In this regard, it will be easier to hire game developers for hire, since with the right choice of the company you will get a team of professionals who will know exactly what they are doing and will not leave at the most responsible moment.

Finding and hiring a game development team does not require much effort, it is much more difficult to select and retain this team correctly, because not all people can be as committed to your project as you are. If you want to hire a team for development, we advise you to start with android game development, because in this area it is easier to recoup costs and raise capital with competent development, in which outsourcing companies will better help you.

7 advantages of DevOps consulting for your business

How to Target Potential Customers Through Google AdSense – A Simple Guide

Email marketing automation and its benefits