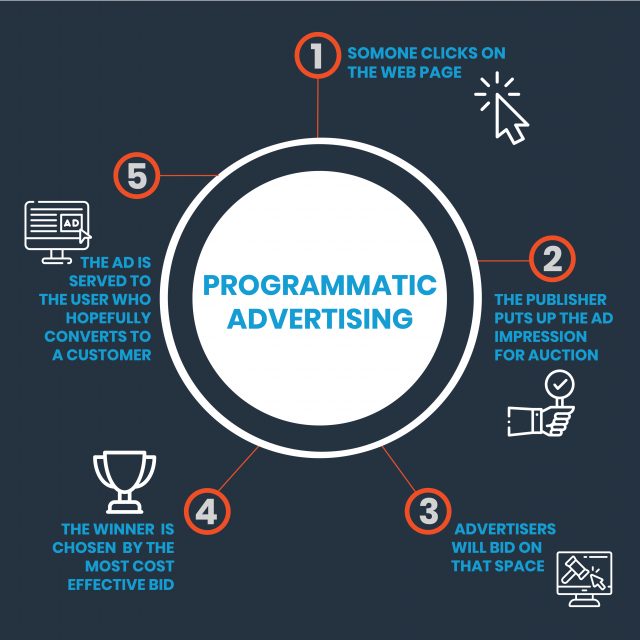 The growth of progrmmaatic advertising

Currently, 40% of company advertising budgets are allocated to digital advertising.

Specifically, programmatic advertising is in the process of growth , both worldwide and in Spain. It is becoming a safer alternative to buying advertising space, and is getting a larger audience today on mobile devices than on desktop. However, the investment in both channels is similar.

In 2017, €50 billion was spent globally on programmatic advertising. It is estimated that by 2019 this investment will reach 79,000 million euros . This is a growth of 21% per year. If we talk about Europe, the programmatic advertising market ended with a not inconsiderable figure of 10,100 million euros invested. The three countries with the most investment were the United Kingdom, Germany and our French neighbors.

In Spain, investment in programmatic advertising in 2017, according to the IAB Report on Advertising Investment in Digital Media, was 754 million. This represents a growth of 24% compared to the previous year, in which the investment was 606 million.

Read More:  Using videos on Twitter to increase your reach

According to a report by Rebold, an advertising and communication company, the main trends for programmatic advertising in this 2019 for the United States will be marked by voice and audio marketing . Although these trends refer to the US market, in Spain they are already being noticed.

This study reveals that the main trend this 2019 will be voice marketing. By 2020, 50% of online searches are expected to be by voice, according to ComScore. Therefore, it is not surprising that programmatic advertising turns in that direction, especially due to the boom that personal assistant devices such as Amazon Echo or Google Home are experiencing. Marketing adapted to voice searches is already working. Platforms like the New York Times have already launched programmatic voice advertising campaigns.

In the study, other trends to take into account are mentioned, such as programmatic TV , especially due to the use of platforms such as Netflix, HBO or Amazon Prime Video. Audio will also be a trend, due not only to searches, but also to the intensive use of mobile devices to listen to music or podcasts. Shoppable ads will also grow , ads in which you can make direct purchases, which have already been implemented since 2017 on Facebook , Instagram, Pinterest and Snapchat.

The study highlights that artificial intelligence is increasingly used to segment audiences and improve investment.

To summarize, here are some benefits of programmatic advertising:

More effective segmentation : you can direct your advertising to people who are really interested, with the consequent cost savings.

Read More:  What to Look at the Future of Social Media

You don’t buy the space, but the audience : in this way, with your investments in programmatic advertising you will know that you are addressing the target audience.

The market is growing , so if you enter now, it will be easier for your programmatic advertising to work.

It adapts to new trends , so it will continue to grow and develop in the future.

So you can download any video from the Internet

How B2C Brands Can Establish Themselves On Social Media